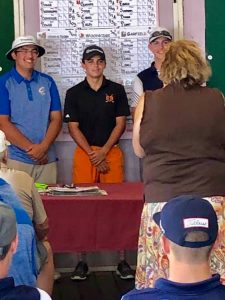 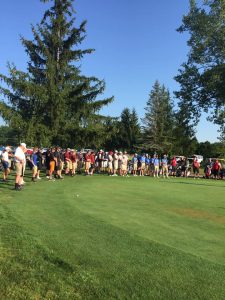 The Mineral Ridge golf team opened the season today at their home course of Old Dutch Mill when they took part of the Southeast High School Golf Invitational.  Mineral Ridge captured 3rd in a heavy field of Division II schools.  The Rams were led by Jake Sylak who broke two school records with the lowest round for 9 holes (34) and the lowest round for 18 holes (72).  Sylak round of par golf set the pace for the Rams.  Others scoring for the Rams were Dylan Mazzupappa 97, Anthony Raggazine 99, Antonio LaMonica 101.  The Rams will be back in action on Wednesday when they host their second annual Invitational at Salem Hills Golf Course.

vs Badger & Jackson Milton
10:00 am
View All Events