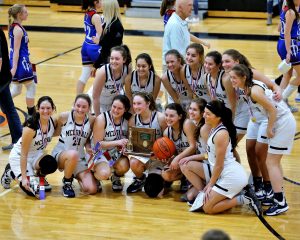 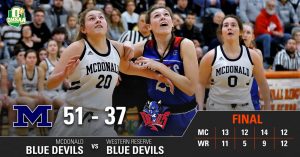 Congratulations to the Lady Blue Devils of McDonald.  They won the Division IV District Crown at Mineral Ridge today with a victory over MVAC rival Western Reserve 51-37.  This game was a rematch from last year’s district final in which Western Reserve won 46-39 at Mineral Ridge.  Today, McDonald was led by Molly Howard and Sophia Constantino each with 18 points.  McDonald led at half 25-16.  They continued to roll in the second half by outscoring Western Reserve 14-9 in the third quarter to pull away in the game.   Leading Western Reserve was Alyssa Serensky with 9 points.  McDonald will travel to Massillon Perry next Thursday to take on Willard at 8 PM. 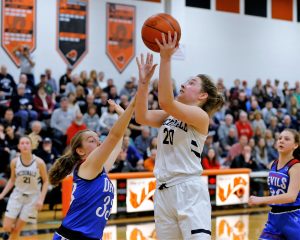 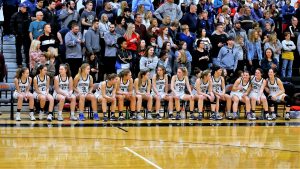