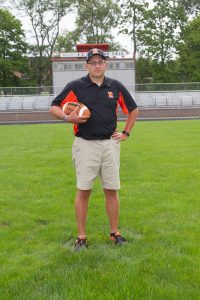 Steve Wyllie comes back to his Alma mater as the 2018 Mineral Ridge Rams head football coach. This is his second stint at MRHS as he was previously a jr. high coach. He brings with him a 61-31 record and 20 years experience. He has coached as previously coached at Mineral Ridge Freshman, Ursuline Freshman, Jackson Milton (defensive coordinator), James A. Garfield Offensive Coordinator then Head coach, Mineral Ridge Jr High before being named head football coach in 2017. He teaches 9th grade and 11th grade English. He lives in Mineral Ridge with his wife Brandy and two daughters (Sydney and Samantha) and two German Sheppard’s (Scarlet and Gray) . Best wishes to all Ram athletes on healthy and successful season! 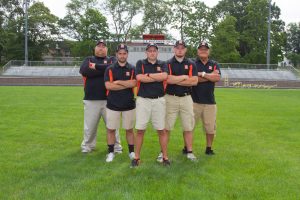 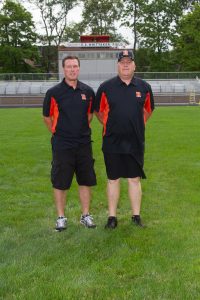