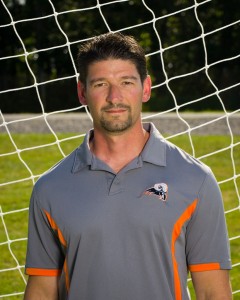 This will be the 6th season for Ted Gaydosh as Head Coach.

Coach Gaydosh has been a resident of Mineral Ridge since 1996.  Coach Gaydosh and his wife, Jennifer, have 2 children, TJ and Audri.  He is a graduate of John F Kennedy High School and the University of Dayton.  Coach Gaydosh holds multiple coaching diplomas from U.S. Soccer and United Soccer Coaches (formerly National Soccer Coaches Association of America) and has been working with youth soccer players for over 18 years.